The Arabian horse : what is good to know ?

The Arabian horse (a pure line bred mainly by Bedouins) is from the Middle East. Many consider him the most beautiful horse in the world thanks to a very particular head and his tail raised. The Arabian horse is one of the oldest breeds. The first traces of its presence date back to 4500 years in Mesopotamia. The Arabian horse has been used as breed enhancer to bring elegance, bone and stamina. The Arab horse owes its resistance to its way of life: the desert. His nickname is "the king of the desert". This breed is highly recognized and present in many countries: Africa, Asia, Americas, Oceania and Europe.

The Arabian horse is easy to train, its greatest qualities in this discipline are its extreme flexibility, its aerial paces and great intelligence that allows it to quickly assimilate the new exercises,nevertheless it has several flaws such as its naturally high head that sometimes makes it difficult to put on the hand and its small size that disadvantages him against German dressage horses. . For jumping its main qualities for the jump are its perfect balance, its flexibility that allows it to turn very short. Nevertheless his main fault is not enough to roll up his forelimb, making his jumps are less harmonious. 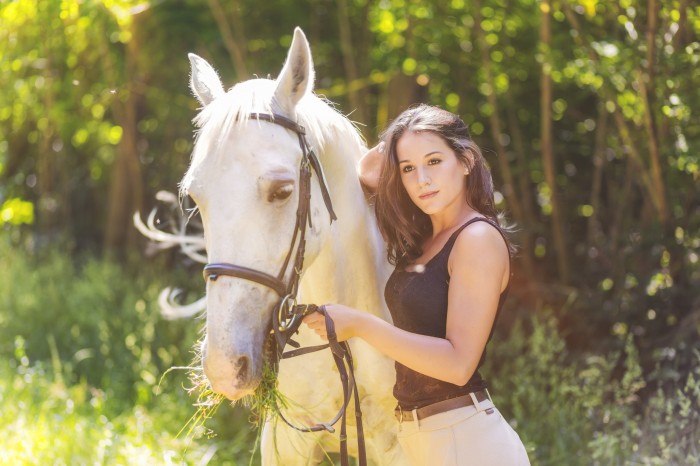 He excels in pony competition with strength balance, flexibility and endurance, but it is poorly represented in horse competition or in the categories of small level.

He is certainly the undisputed master of this discipline, winner of all the world championships of this discipline. And this, thanks to its speed and its exceptional ability to regulate its internal temperature, its very fast recovery, its small size with which it makes less effort to move. This horse has members very resistant to repeated shocks including its pasterns and cannons which are short and thus avoid tendons stretching too much with each stride, it also has galloping qualities that are not negligible. It is to date, the best horse to practice this discipline at a high level.